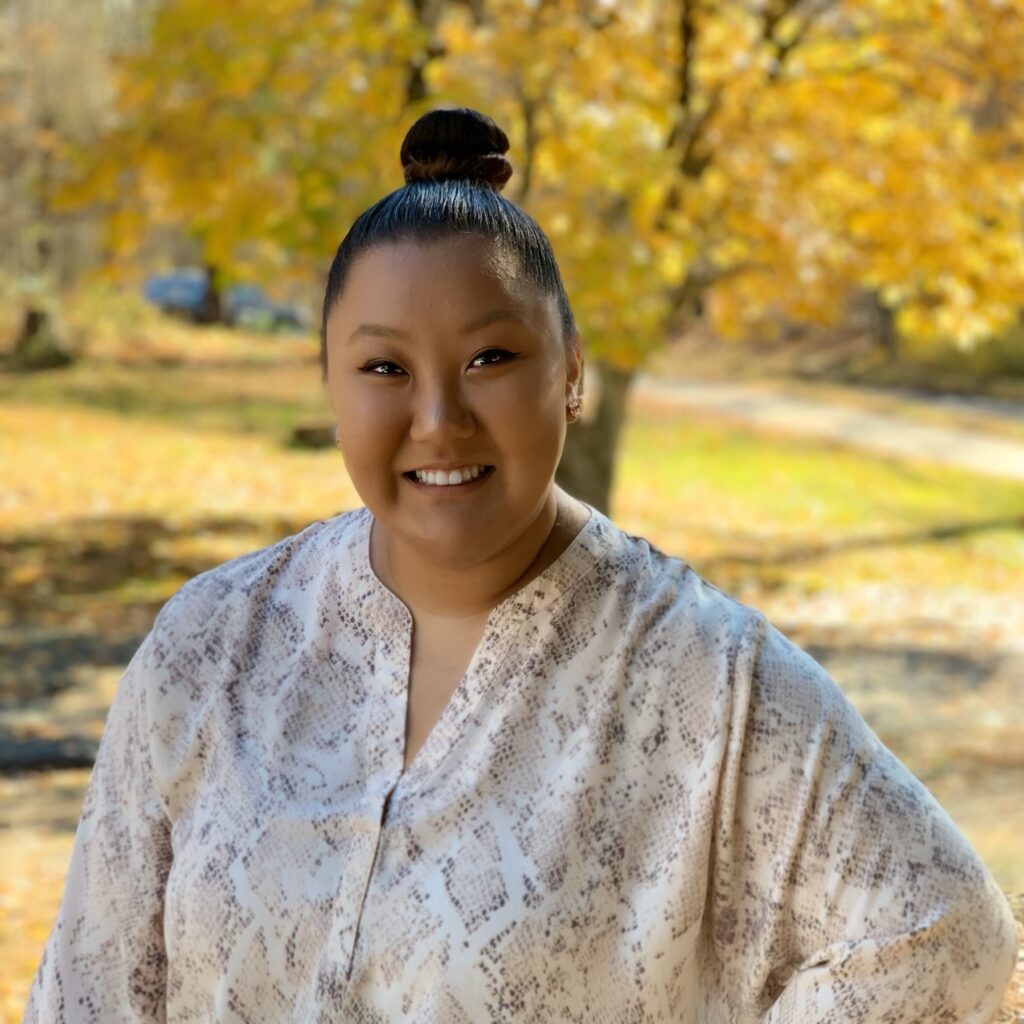 Esther Chang (she, her, hers) is a first generation immigrant from South Korea. She had incredible mentors in high school that pushed her to pursue engineering in college and is a graduate of UConn with a B.S in Environmental Engineering.

Esther has been apart of the EDOC and now VII for the last 7 years. She has a great passion for outreach and is really inspired by the students that make up our community. She believes in the mission of welcoming our students to be a part of a lifelong family of incredible engineers. She had this experience first hand as a BRIDGE Alumni of 2014.

In her undergrad years, Esther has had a long history of leadership and giving back. She spearheaded the merge between SoE Tour Guides and Engineering Ambassadors Tour Guides and acted as a Tour Guide Director. She has held various positions in Engineering Ambassadors; VP of Online Presence & Branding, VP of Greater Body, Member of Presentation Team. Esther was also involved as a teaching assistant for ENGR1000 - The first Engineering Class for first year engineering students, ENGR3025 - Engineering for Impact, a course designated for engineering organization leadership. She also instructed the first BRIDGE 3025 Course the first year class for the newest cohort of BRIDGIES. Esther has served as a BRIDGE tutor, Head Tutor, and now BRIDGE advisor for the last 6 years. Esther has also been involved with taking lead for the annual Northeast Regional Science Bowl, the larger bowl in the Nation sponsored by the National Science Foundation. All in all, Esther served as a student program assistant supporting all major programs, organizations, as well as mentoring and guiding undergrad students.

During and after graduating, Esther worked with Eversource Energy as an Energy Efficiency Engineer. She is now back to serve our student population again! Esther says that the students are her drive and motivation for everything she has been able to do or accomplish. She hopes to give back everything she was able to gain from being apart of this VII Family. Esther believes that college is one of the most challenging, emotional, remarkable, and incredible moments of a persons life. She has had her fair share of struggles and opens her arms to those that need anything to succeed.

She said that if you ever felt scared, excited, discouraged, and accomplished all at the same time, that is probably what the engineering field is like for a lot of us, that is what it has been like for her. Esther claims that this “world of engineering” is full of so many different but very important milestones and experiences. It is a field that she doesn’t just see numbers and lab coats, it is actually a field where she discovered a true passion for people and the world. To her, science (or engineering), no matter how advanced, is only as meaningful as the lives it can transform. Esther says that the true resilience and love within us can literally drive us to do incredible things. She has met a lot of extraordinary people along her journey and it inspires her to want to be so much more. Esther says that “my role on campus really hits home for everything we as human beings should/could be for the people around us. WE educate ourselves with what is going on in the world; WE strive to give opportunities to underrepresented students in the school of engineering; WE connect with Engineering organizations such as SWE, SHPE, NSBE, EA, EWB and Engineering Ambassadors to encourage K-12 students, help international communities, develop our professional students, instill confidence and leadership within our peers; WE build a community of powerful human beings; and WE set a precedence for the next generation by opening doors for those that want to run through. You see, WE are important to this world. I am proud to be surrounded by such special people, and I stand tall with my peers to be a strong woman in engineering. I don’t want to just tell you what my role has been here at UConn, School of Engineering, I want to share with you what WE have done together. WE can change the world, one engineer at a time. That right there, is why “I love Engineering.”

Words To Live By

“We make a living by what we get, but we make a life by what we give.”
“Science, no matter how advanced, is only as meaningful as the lives it transforms.”
“Grit, raw endurance, perseverance, and passion keeps you going despite obstacles.