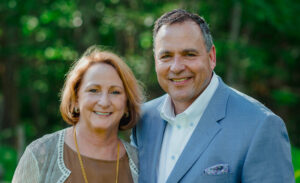 Mark Vergnano was named the first CEO of The Chemours Company prior to its spinoff from DuPont in July 2015. Under Mark’s leadership and with an ambitious five-point transformation plan as its blueprint, the company navigated financial uncertainties and addressed the challenges associated with building a new company from the old—challenges that included adopting policies more appropriate for a smaller company and creating a distinctive corporate culture, rooted in entrepreneurship. This transformation—this re-invention—complete, the CEO is now leading a company poised for future profitable growth.

Mark is widely known throughout Chemours as an accessible and collaborative leader. He’s sought to build a culture in which employees at all levels feel free to contribute ideas for improving the company and upholding its corporate values. Vergnano has a passion for safety, one of those values. As an expression of this commitment, he has served on the board of the U.S. National Safety Council (NSC) since 2007 and chair of the NSC Board of Directors from 2017-2019.

Vergnano began his career at DuPont in 1980 as a process engineer in its fibers business. He went on to serve the company in various leadership capacities and geographic locales over the next 35 years with distinction, culminating in his appointment as executive vice president in October 2009.

Mark serves as Chairman of the American Chemistry Council Board of Directors and co-chair of the Council’s Sustainability Committee. Mark is on the executive committee of the Society of Chemical Industry and the 2018 recipient of the American Institute of Chemical Engineers’ (AIChE) Government and Industry Leaders (AGILE) Award. He is the immediate past Chairman of the Board of the National Safety Council, where he continues to serve as a board member. He also serves on the advisory board for the University of Connecticut School of Engineering and is a member of the board of directors of Johnson Controls International.